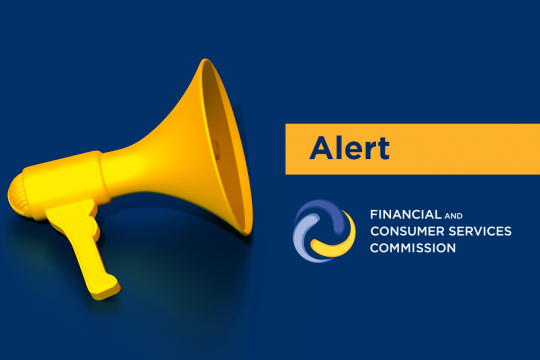 Consumers and businesses should be cautious if organizations or businesses that they do not know ask to invest in them or provide personal information. The Financial and Consumer Services Commission (FCNB) issued this alert following a series of incidents reported recently throughout the province.

“A pyramid network described as a ‘pay it forward cloud’ targeting women mainly in northern New Brunswick, a telephone scam targeting Syrian newcomers in Saint John and a phishing scam targeting small business owners in western New Brunswick have all come to our attention in recent weeks,” said Rick Hancox, CEO of the Commission. “Putting money into unregistered investments can be risky. Providing banking information over the telephone is ill-advised and may expose the provider to significant identity theft risks.”

The scheme prevalent in northern New Brunswick leads participants to believe a gifting club will generate a return of up to 800 per cent and help other women. Potential members have been asked to make an investment ranging from $1,250 for a return of $10,000, to $625 for a return of $5,000, with the requirement that each member recruit two other people.

However, as with all pyramid-based scams, it is doomed to fail before all members can recoup their investment: the number of recruits must constantly increase to prevent the collapse of the scheme.

In Saint John, a family of Syrian refugees was contacted by someone seeking money and banking information in exchange for English lessons. The family lost about $400 after falling prey to this telephone scam. The family’s interpreter called the bank and the Saint John police, but the money had already been taken from their account.

In western New Brunswick, a photography business was contacted by a woman claiming to be hearing impaired so she could only communicate via text. She wanted to buy services for a wedding and insisted the business charge an additional amount to a credit card for a wedding planner who, according to her, was unable to accept the credit card directly.

Another small business was asked to provide interior design services worth almost $4,000, with a down payment of $1,000, to be sent to a second person who would provide a key to enter the house needing the design work, after which the balance would be paid. The calls came from Baltimore, Maryland, as well as from Texas.

“The RCMP was made aware of the shady telephone calls to businesses in western New Brunswick, but no formal complaints were made, and, fortunately no one was defrauded,” said Cpl. Chantal Roger, with New Brunswick’s RCMP Financial Crime Unit. “Fraudsters continue to become more sophisticated. We have been made aware of several businesses in New Brunswick being targeted specifically. The fraudster is usually contacting them from outside of Canada and wants to pay up front through a credit card for the company’s services but then looks for bank account information to complete the transaction. These are all warning signs.”

The Financial and Consumer Services Commission has the mandate to protect consumers and enhance public confidence in the financial and consumer marketplace through the provision of regulatory and educational services. It is responsible for the administration and enforcement of provincial legislation that regulates the following sectors: securities, insurance, pensions, credit unions, caisses populaires, trust and loan companies, co-operatives, and a range of other consumer legislation. It is an independent Crown corporation funded by the regulatory fees and assessments paid by the regulated sectors. Educational tools and resources are available online.